ImmunityBio's hAd5 vaccine for Covid-19 succeeds in preclinical study

The company studied immunogenicity in mice after subjecting them to two doses given 21 days apart.

The vaccinations were shown to have induced robust T cell responses to SARS-CoV-2 as per the immune responses measured on Day 28.

Furthermore, the CD4+ T cell response to N protein was found to be statistically significant across all five mice, said ImmunityBio. The company said that this is consistent with studies held in patients who recovered from the SARS-CoV virus who develop memory T cells to N protein.

ImmunityBio chairman and CEO Patrick Soon-Shiong said: “By additionally targeting the N antigen, which is highly conserved between SARS-CoV and SARS-CoV-2 and unlikely to mutate, our vaccine candidate is designed to generate long-term memory T cells activated by N protein, similar to those memory T cells that have been discovered in SARS-CoV patients 17 years after they recovered.

“These findings underscore the importance of developing a more broadly acting CD4+ T cell-centric vaccine that activates both cell-mediated and antibody immunity to protect against SARS-CoV-2.”

According to the immunotherapy company, four out of five mice, which were given the hAd5 vaccine doses had developed an S-specific antibody response with evidence of the dominance of T helper (Th1) cells.

Two of the mice involved in the preclinical study of hAd5 vaccine showed potent neutralising antibodies as they are associated with the RBD ACE2 interface, said the company.

ImmunityBio added that analysis of T cell cytokine responses and also antibody isotypes showed that the overall immune response was highly skewed towards dominance of Th1 cell, which is key for alleviating the risk of antibody-dependent enhancement (ADE) of infection.

The company said that it intends to administer the hAd5 vaccine candidate as a prime and also as a booster to retain protection against the SARS-CoV-2 virus. Currently, it is seeking approval from the US Food and Drug Administration (FDA) through an investigational new drug (IND) for launching phase 1 trials of the hAd5 S+N vaccine in healthy volunteers. 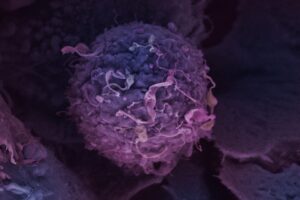