Oxford BioMedica has collaborated with the UK Cystic Fibrosis Gene Therapy Consortium (GTC) and Imperial Innovations for the development of a long-term therapy to treat patients with cystic fibrosis.

Cystic fibrosis (CF) is characterized by abnormal ion transport in the apical membrane of epithelial cells.

The partnership will use a novel and replication deficient lentiviral vector in an inhaled formulation to selectively introduce a CFTR gene into the relevant target cell.

According to Oxford BioMedica, the approach has showed high gene transfer efficiency and it holds potential to address more than 2,000 different and known gene mutations across patients.

As per terms of the process development collaboration agreement, Oxford BioMedica will involve in the process and analytical development, scale up of manufacture of the candidate and generation of material for toxicology studies.

Oxford BioMedica CEO John Dawson said: “This novel three-way partnership brings together an unparalleled combination of clinical, scientific, manufacturing and commercial skills in an effort to develop new treatments and make a major contribution to the lives of patients affected by cystic fibrosis.

“The GTC has been working determinedly for over 15 years to get to this exciting point of forming a partnership with a global pharmaceutical company with respiratory expertise, Boehringer Ingelheim.”

Boehringer Ingelheim discovery research senior corporate vice president Clive Wood said: “Bringing together our existing expertise as a leader for nearly a century in the discovery and development of therapies that have advanced patient care in respiratory diseases with the gene therapy knowledge of our partners, we aim to unlock unprecedented opportunities for patients with this devastating disease, who are desperately waiting for better treatment options.” 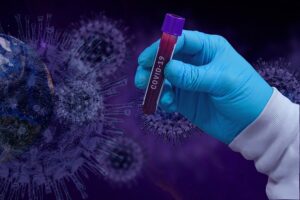