Evaxion Biotech, along with UMass Chan Medical School, has received a funding from the US National Institutes of Health (NIH) to develop a lead vaccine candidate to treat gonorrhea.

Evaxion chief scientific officer Birgitte Rønø stated that the partnership with UMass Chan and the NIH grant will allow the company to expedite the development of a gonorrhea vaccine candidate.

Rønø added: “We are grateful for the NIH grant to secure further development of the vaccine candidate in collaboration with scientists at UMass Chan, an academic world leader in the field of infectious diseases.

“We see an attractive market opportunity for this candidate and a major unmet medical need.

“As gonorrhea is one of the world’s most urgent antibiotic resistance threats with no vaccine available, the development of a safe and efficacious vaccine for the prevention of gonorrhea infections is critical.”

Gonorrhea can result in infertility, ectopic pregnancy, and life-threatening sepsis infection and can also increase the risk of transmitting HIV 5-fold.

The US Centers for Disease Control and Prevention (CDC) has identified gonorrhea as the as one of the five most urgent antibiotic resistance threats.

“With this collaborative project, we hope to develop a vaccine that addresses this major global public health problem.” 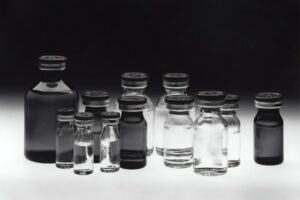