Eisai and Biogen have received breakthrough therapy designation from the US Food and Drug Administration (FDA) for their Alzheimer’s disease drug candidate, lecanemab (BAN2401).

Lecanemab is an experimental humanised antibody that targets amyloid beta aggregates known as protofibril. The drug was developed as part of a collaboration between Eisai and BioArctic.

The FDA decision is based on data from a Phase IIb clinical trial (Study 201) involving 856 patients with mild cognitive impairment (MCI) caused by Alzheimer’s and mild disease with amyloid pathology.

In the trial, lecanemab was tested for its ability to lower brain amyloid beta and clinical decline.

Results from pre-specified analysis demonstrated a consistent decrease of clinical decline on multiple clinical and biomarker endpoints after treatment with the highest doses.

This data was presented at the 2021 Alzheimer’s Disease and Parkinson’s Disease Conference.

The drug is also being assessed in the Phase III Clarity AD trial, which recruited a total of 1,795 patients with early Alzheimer’s. The enrolment was concluded in March this year.

Clarity AD’s primary endpoint is anticipated to be completed by the end of September next year.

Furthermore, the Phase III AHEAD 3-45 trial is evaluating lecanemab in people with preclinical Alzheimer’s. These individuals are clinically normal with intermediate or increased levels of amyloid in their brains.

Eisai secured the worldwide rights to study, develop, produce and commercialise the drug for Alzheimer’s treatment under an agreement concluded with BioArctic in December 2007.

Later in March 2014, Eisai signed a joint development and commercialisation agreement with Biogen. This deal was amended in October 2017.

Earlier this month, Biogen and Eisai received accelerated approval from the FDA for Aduhelm (aducanumab-avwa) as the first and only new treatment for Alzheimer’s since 2003.

The continued approval for the drug will be based on validation of its clinical benefit in confirmatory trials. 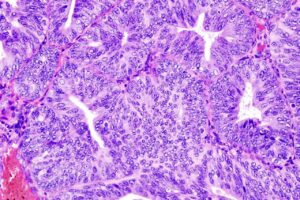