Allergan to sell brazikumab and Zenpep to close deal with AbbVie

Allergan has agreed to sell brazikumab (formerly MEDI2070) and Zenpep (pancrelipase) to AstraZeneca and Nestle, respectively, in separate deals, for an undisclosed price.

The deals are being carried out to help in facilitating the closing of the previously announced $63bn acquisition of Allergan by AbbVie.

Brazikumab is an investigational IL-23 inhibitor, which is in phase 2b/3 development for Crohn’s Disease and in phase 2 development for ulcerative colitis. AstraZeneca will also gain global development and commercial rights through the acquisition of brazikumab.

In October 2016, it was AstraZeneca, which offloaded the global rights to brazikumab to Allergan in a deal worth up to $1.52bn. The two companies have now agreed to terminate the existing license agreement.

AstraZeneca biopharmaceuticals R&D executive vice president Mene Pangalos said: “We’re pleased to bring brazikumab back into the AstraZeneca pipeline. With our expanding presence in immunology, there is an opportunity to address a significant unmet need in inflammatory bowel diseases where the majority of patients are unable to achieve clinical remission with current treatment options.

“This agreement creates an opportunity for us to complete the full development programme and bring this potential new treatment option to patients as quickly as possible.”

Zenpep, the other drug being sold by Allergan, is approved in the US for treating exocrine pancreatic insufficiency associated with cystic fibrosis and other conditions. Nestle will also be acquiring Viokace, another pancreatic enzyme preparation approved in the US, as part of the same deal.

Through Zenpep, Nestle is aiming to expand its medical nutrition business with the gastrointestinal medication said to complement its portfolio of therapeutic products.

The deal is expected to be closed upon the completion of the merger of Allergan and AbbVie.

Allergan chairman and CEO Brent Saunders said: “Allergan’s commercial and R&D teams have invested so much of themselves into the development of brazikumab and the commercialization of Zenpep, and these divestiture agreements will enable that work to continue following the close of our planned acquisition.”

Earlier this month, AbbVie and Allergan were granted conditional approval for their proposed merger by the European Commission, subject to the approved sale of brazikumab and other conditions.

The two companies expect to wrap up their pending deal in the first quarter of 2020 depending on getting the required regulatory approvals and fulfilling other closing conditions. 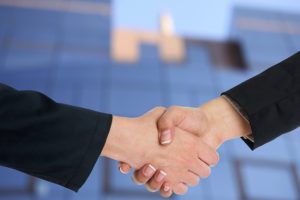