Cilta-cel is a BCMA-directed and genetically modified autologous T-cell immunotherapy that involves reprogramming a patient’s own T-cells with a transgene encoding a chimeric antigen receptor (CAR), which detects and excludes cells that express BCMA.

The NDA has been submitted based on data from the confirmatory phase 2 clinical study, CARTIFAN-1, conducted in China.

The trial assessed the efficacy and safety of cilta-cel in adult patients with relapsed or refractory multiple myeloma who have secured three or more prior lines of therapy, including a proteasome inhibitor and immunomodulatory drug.

CARTIFAN-1is an open-label and confirmatory study assessing the efficacy and safety of cilta-cel in Chinese patients with relapsed/refractory multiple myeloma who have received at least three prior lines of treatments including a proteasome inhibitor and immunomodulatory drug.

The overall response rate is the primary endpoint of the trial.

Legend Biotech CEO Dr Ying Huang said: “Cilta-cel has been approved for marketing in the United States and Japan and has received conditional marketing authorisation in Europe.

“We look forward to the possibility of providing a new treatment option for appropriate patients with relapsed and refractory multiple myeloma in China.”

In February last year, the US Food and Drug Administration (FDA) approved a cilta-cel under the brand name CARVYKTI to treat adults with relapsed or refractory multiple myeloma.

In May same year, the European Commission (EC) granted conditional marketing authorisation for CARVYKTI to treat the same condition.

In December 2017, Legend Biotech signed an exclusive worldwide licence and collaboration agreement with Janssen Biotech for the development and commercialisation of cilta-cel. 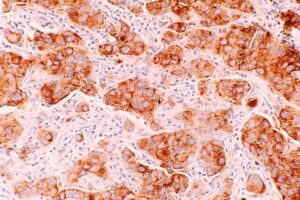