Alliance Pharma has launched Xonvea, a new prescription drug for the treatment of nausea and vomiting of pregnancy (NVP), in the UK.

The newly licensed Xonvea, which is a combination of doxylamine and pyridoxine, will be available across the country for women having NVP where conservative management was not successful.

Alliance had acquired the UK licensing rights for Xonvea from Duchesnay of Canada in 2015.

In the US and Canada, Xonvea’s doxylamine and pyridoxine combination is recommended as a first-line pharmacotherapy and is claimed to have been prescribed to more than 33 million women.

Alliance Pharma CEO Peter Butterfield said: “The launch of Xonvea is a significant milestone for Alliance and I’m delighted that we have today made the product available in the UK.

“There is no other licensed treatment for nausea and vomiting of pregnancy in the UK so this is excellent news for patients and clinicians as it fulfils a significant unmet medical need.”

The UK launch of Xonvea follows the approval for Diclectin from the UK’s Medicines and Healthcare products Regulatory Agency (MHRA) in July 2018 for the treatment of nausea and vomiting in pregnant women.

At that time, Alliance Pharma had also got the agency’s approval to market the prescription nausea drug as Xonvea in the UK.

The drug, which has been used for over 40 years in Canada, was approved in the US in 2013 and subsequently in Israel, South Korea and Singapore.

Consultant obstetric physician Catherine Nelson-Piercy said: “This delayed release formulation of doxylamine and pyridoxine has been used in millions of pregnant women worldwide. Primary and secondary care doctors caring for pregnant women in the UK are now able to prescribe Xonvea, affording women in the UK a licensed option when it comes to managing this often debilitating condition.

“In women who do not respond completely to Xonvea, doctors can prescribe other anti-sickness drugs recommended by National Clinical Guidelines.”

Apart from the UK, Alliance Pharma also has licensing and distribution rights for Diclectin with Duchesnay for nine other countries in the European Union as per an agreement signed in September 2016. 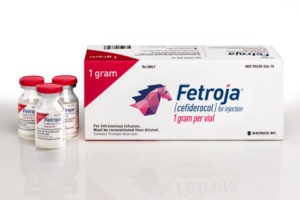