Alliance Pharma has secured approval for Diclectin in the UK from the Medicines and Healthcare products Regulatory Agency (MHRA) for the treatment of nausea and vomiting in pregnant women.

Apart from the approval of the UK marketing authorisation application, Alliance Pharma has also received the agency’s nod to market the prescription nausea drug under the brand name of Xonvea in the UK.

Alliance Pharma CEO Peter Butterfield said: “Confirmation of the marketing authorisation for Xonvea is another positive step for Alliance and I’m delighted that we are able to launch the product later this year.

“There are currently no licensed treatments for nausea and vomiting of pregnancy in the UK so this is excellent news for patients and clinicians as it fulfils a significant unmet medical need.”

In September 2016, the UK-based Alliance Pharma had signed a licensing and distribution agreement for Diclectin with Canada-based Duchesnay for nine countries in the European Union, which includes Austria, Belgium, France, Germany, Italy, Luxembourg, Netherlands, Republic of Ireland and Switzerland.

Prior to that, in January 2015, the companies made a similar licensing deal for the nausea drug for the UK.

According to Alliance Pharma, Diclectin has a well-established efficacy and safety profile and in Canada is considered to be the standard of care for nausea and vomiting of pregnancy.

The drug, which has been used for more than 40 years in Canada, secured approval in the US and in 2013 and later on in Israel, South Korea and Singapore.

Having got the UK marketing authorization, Alliance Pharma is preparing to file the relevant applications of the nausea drug to seek regulatory approvals in continental Europe.

Duchesnay executive vice-president Éric Gervais said: “Pregnant women across the UK will now have access to an effective treatment for morning sickness with a proven safety profile.

“Alliance Pharma’s focus and drive will ensure that this needed medication, used to date by more than 30 million women worldwide, will provide pregnant women in the UK with a licensed treatment option.” 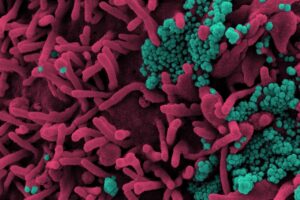