The deal will give the selected generic manufacturers with the opportunity to develop, produce and supply generic versions of the medicine across 90 countries, after the receipt of relevant regulatory approvals.

In December last year, the injectable cabotegravir, dubbed as Apretude, received the US Food and Drug Administration (FDA) approval for adults and adolescents who are at risk of sexually acquiring HIV infection and individuals who have a negative HIV-1 test prior to receiving it.

“Enabling at-scale access to generic cabotegravir LA for PrEP could play a significant role in averting the transmission of HIV, particularly amongst women and adolescent girls and help end the HIV epidemic.”

Now, the company and MPP will work closely with stakeholders as well as the selected generic manufacturers to enable access to generic cabotegravir LA for PrEP as soon as possible.

MPP executive director Charles Gore said: “This licence was negotiated in double-quick time and is another example of MPP’s continued commitment to making innovation available and affordable in low- and lower middle-income countries in the shortest possible time.

“Rapid access to new technologies is our only hope of hitting the Sustainable Development Goal targets.” 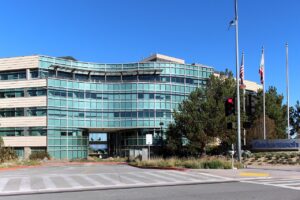