Rallybio, a biopharma company based in Connecticut, has raised $145m in a Series B financing round led by Pivotal bioVenture Partners, for developing therapies for severe and rare disorders.

According to Rallybio, new investors who took part in the funding round included Viking Global Investors, TPG’s The Rise Fund, funds managed by Tekla Capital Management, F-Prime Capital, and others.

Rallybio’s existing investors – 5AM Ventures, New Leaf Venture Partners, Canaan Partners, and Connecticut Innovations, were also part of the Series B round.

Pivotal bioVenture Partners managing partner Rob Hopfner said: “Rallybio has assembled an impressive team of experienced leaders and drug developers and has built a robust pipeline of unique assets that could potentially transform a number of rare diseases.

“We are excited to partner with Rallybio and to support their efforts as they work aggressively to bring these therapies forward.”

The biopharma company will use the proceeds from the funding round to advance its present portfolio of product candidates designed to target devastating rare diseases. Included in these are the company’s lead candidate – RLYB211, which is being developed for the prevention of fetal and neonatal alloimmune thrombocytopenia (FNAIT).

The company will also use the proceeds for the further growth of its portfolio.

Rallybio also revealed plans to launch a phase 1/2 clinical study of RLYB211 in the latter half of this year. RLYB211, which is a plasma-derived hyperimmune globulin, is designed to prevent FNAIT via a mechanism called antibody-mediated immune suppression (AMIS).

Currently, there is no approved therapy for either the prevention or treatment of FNAIT, which is a potentially life-threatening rare disorder that can result in uncontrolled bleeding in fetuses and newborns.

Acquired from Prophylix, RLYB211 has orphan drug designation in both the US and the European Union. It also has a rare pediatric disease designation from the US Food and Drug Administration (FDA).

“With ambitious plans to progress our current pipeline, expand our portfolio, and grow our team of rare disease experts, we appreciate the profound support of our knowledgeable and esteemed investors.” 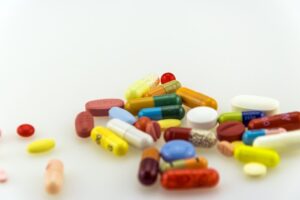