The orphan drug status to iptacopan has been granted by the regulator after a recommendation from the Committee for Orphan Medicinal Products (COMP).

Although considered to be a rare disorder, IgAN is the most common type of primary glomerulonephritis, which is an inflammatory kidney disease.

Novartis stated: “Orphan drug designation is granted to medicines that treat, prevent or diagnose a life-threatening or chronically debilitating rare disease, with a prevalence in the EU of below 5 in 10,000, and with either no currently approved method of diagnosis, prevention or treatment or with significant benefit to those affected by the disease.”

In patients with IgAN, an abnormal IgA antibody is formed, which leads to immune complex deposition in the glomerular mesangium. This eventually results in deterioration of kidney function, said the Swiss drugmaker.

Proteinuria has been identified in IgAN patients as an independent risk factor of poor prognosis.

According to Novartis, iptacopan is a selective inhibitor of factor B, which is an important serine protease of the alternative pathway of the complement cascade that mediates inflammatory responses.

The small molecule is being parallelly developed by the Swiss pharma firm for various other renal conditions for which there are significant unmet needs. These include C3 glomerulopathy (C3G), membranous nephropathy (iMN), and atypical hemolytic uremic syndrome (aHUS).

Iptacopan is also being studied by Novartis in a haematological disease called paroxysmal nocturnal haemoglobinuria (PNH).

The company also released interim analysis of a phase 2 trial that is assessing the small molecule in the treatment of C3G.

As per the analysis, iptacopan has been shown to have considerably cut down proteinuria by 49%, in comparison to baseline values after 12 weeks of treatment.

Earlier this month, the factor B inhibitor was granted priority medicines (PRIME) designation by the EMA in C3G. The designation is granted by the regulator for drugs that could provide major therapeutic advance or benefit patients who do not have treatment options. 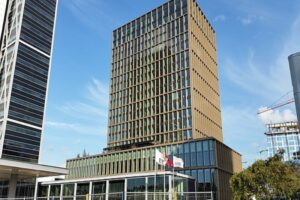