Knopp Biosciences LLC, a privately held drug discovery and development company focused on delivering breakthrough treatments for inflammatory and neurological diseases of high unmet need, today presented in vitro and in vivo data for the company’s lead molecule for the targeted treatment of KCNQ2-neonatal epileptic encephalopathy (KCNQ2-NEE) at the Antiepileptic Drug and Device Trials XV Conference in Miami, Florida.

The preclinical data were presented by Steven Dworetzky, Ph.D., Knopp’s Chief Scientific Officer, a longtime Kv7 researcher who led the group that first cloned the Kv7.2 and Kv7.3 genes during his former tenure with the Bristol-Myers Squibb Co. Dr. Dworetzky presented results demonstrating the in vitro nanomolar activity of KB-3061 and its significant seizure protection in the maximal electroshock model (MES) of epilepsy. In addition, in vivo tolerability was demonstrated by the absence of an effect on neurological score at doses that conferred full protection. KB-3061 is differentiated from other molecules in its class, including ezogabine, which was also tested in the in vitro and in vivo models. Among the highlights:

“Knopp is very encouraged by the in vitro profile and in vivo profile of KB-3061,” Dr. Dworetzky said. “Children with KCNQ2-NEE and their families urgently need precision medicines with the potential to restore ion channel function and change the course of this disease.”

Knopp is conducting preclinical toxicology studies of KB-3061 in advance of submitting an Investigational New Drug Application to the Food and Drug Administration to initiate clinical trials.

Ion channels are proteins that regulate the excitability of cells. Drugs that modulate ion channels play an important role in treating a variety of neurological, cardiovascular, and smooth muscle conditions. Among ion channel targets, potassium channels play a key role in the pathophysiology of epilepsy and other diseases of high unmet need in the nervous system. Knopp is advancing a library of Kv7.2/7.3 channel activators to modulate this key ion channel in excitable cells, targeting not only the devastating genetic mutation associated with neonatal encephalopathy, but also other rare epilepsies and neuropathic pain. 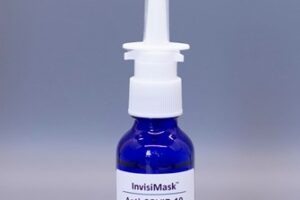