Fujifilm has agreed to acquire to acquire Biogen (Denmark) Manufacturing ApS, a large-scale biologics manufacturing site located in Hillerød near Copenhagen, Denmark (Biogen Hillerød), for about $890m in cash.

Upon completion of the transaction, Biogen Hillerød will become the fourth biopharmaceutical contract development and manufacturing site of Fujifilm.

Fujifilm will retain the existing workforce at the site, which employs about 800 people.

Subject to customary closing conditions, the deal is expected to be completed in the second half of this year.

In addition, Biogen has signed manufacturing services agreements with Fujifilm.  After the completion of the deal, the Japanese firm will use the Hillerød site to produce commercial products for Biogen and other third-party products.

Fujifilm chairman and CEO Shigetaka Komori, said: “At Fujifilm, our goal has always been to bring new value to society, through innovation and the creation of new technologies, products and services. We are pleased to contribute to the growing healthcare industry through this investment.

“This significant investment demonstrates our continued commitment to grow the Bio CDMO Business and become an industry leader by combining resources of Biogen Hillerød and Fujifilm.”

Fujifilm has invested in Bio CDMO business to increase the production capacity and capability of process development at the sites of Fujilfilm Diosynth Biotechnologies in the US and the UK. The firm will expand fill/finish services by adding cGMP aseptic filling for recombinant proteins by the end of fiscal year March 2021.

The Japanese firm also launched Apollo X next generation mammalian expression system that can deliver titres in excess of 10g/L. 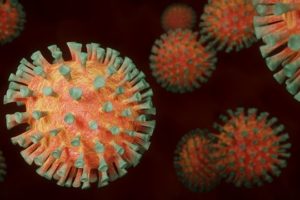