Based in London, Nightstar is engaged in the development and commercialization of one-time treatments for patients with inherited retinal diseases.

The company is mainly focused on the development of adeno-associated virus (AAV) treatments for inherited retinal disorders.

Nightstar’s major candidate is NSR-REP1, which is currently under phase 3 STAR trial for the treatment of choroideremia, which is a rare, degenerative and X-linked inherited retinal disorder.

The data from the trial is expected to be revealed in the second half of 2020.

CHM, which mainly affects males, is caused by loss of function in the CHM gene that encodes the Rab escort protein-1 (REP-1).

NSR-REP1 includes an AAV vector administered by subretinal injection, which offers functioning CHM gene and expression of the REP-1 protein to restore membrane trafficking and reverse the decline in vision.

According to the company, the data from the phase 1/2 trial of NSR-REP1 showed potentially meaningful slowing of decline in visual acuity as compared to natural history as well as signs of improved visual acuity in some patients.

NSR-RPGR is the second clinical program of Nightstar to treat X-linked retinitis pigmentosa (XLRP), which is also a rare inherited retinal disease that affects males.

Subject to the satisfaction of the conditions, the deal is expected to complete in the middle of this year.

Biogen CEO Michel Vounatsos said: “Ophthalmology is an emerging growth area for Biogen, and we are excited about the opportunity to work with the talented employees at Nightstar to advance potentially transformative gene therapy programs for rare retinal diseases.

“With this proposed acquisition, we are continuing to bolster our pipeline and further execute on our strategy to develop and expand a multi-franchise neuroscience pipeline across complementary modalities.” 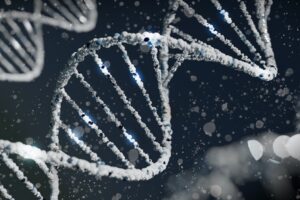