As part of the agreement, CANbridge will be permitted to manufacture and commercialise maralixibat within Greater China regions (China, Hong Kong, Macau and Taiwan) for ALGS, PFIC, and BA under certain conditions.

Mirum president and CEO Chris Peetz said: “Maralixibat has the potential to be a transformative medication for certain cholestatic liver diseases and our goal is to ensure its availability to patients globally.

“CANbridge is a leading rare disease company in China and with their track record of commercial success, we believe they will be a strategic partner to accelerate the global launch of maralixibat, if approved.”

Under the deal, Mirum will receive nearly $11m of upfront payment as well as R&D funding, and about $109m funding to obtain future regulatory and commercial maralixibat milestones.

CANbridge has also agreed to oversee the clinical study sites in China, in partnership with Mirum, to speed up the enrolment of global Phase 2b EMBARK study.

This Phase 2b study was recently initiated for patients suffering with BA.

Recently, SciNeuro Pharmaceuticals signed an exclusive license agreement with Eli Lilly and Company for the development and commercialisation of alpha-synuclein targeted antibody therapies in Greater China.

Under the agreement, SciNeuro acquired an exclusive license to alpha-synuclein targeted antibodies that will be developed by Eli Lilly within Greater China 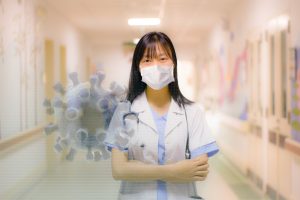