The European Medicines Agency (EMA) has started an Article 20 referral procedure after reports of inflammatory encephalitis and meningoencephalitis.

Seven cases of serious inflammatory brain disorders including encephalitis and meningoencephalitis have been reported in Germany while the other case has come from Spain.

The EMA’s Pharmacovigilance Risk Assessment Committee (PRAC) will undertake the initial review of Zinbryta and come up with a set of recommendations. PRAC is the regulator’s committee that is responsible for evaluating safety issues for human medicines.

Biogen and AbbVie said that due to the nature and complexity of adverse events reported, characterizing the evolving benefit/risk profile of the multiple sclerosis drug will not be possible in the future, considering that there is a small number of patients being treated.

“Biogen and AbbVie continue to prioritize patient safety and the care of multiple sclerosis patients worldwide.”

Zinbryta, a humanized IgG1 monoclonal antibody, has been approved in the US, European Union (EU), Switzerland, Australia and Canada to treat adult patients with relapsing forms of multiple sclerosis.

According to EMA’s data, more than 8,000 people have been treated with the multiple sclerosis drug across the world. Most of the EU patients treated with Zinbryta are in Germany.

The European regulator has asked doctors not to put new multiple sclerosis patients on Zinbryta. For those, who are already taking Zinbryta treatment, should be given alternative therapy, said EMA.

It also revealed that Biogen will stop all ongoing clinical trials with Zinbryta in the EU.

Zinbryta, which is a monthly once, self-administered, subcutaneous injection, was approved in the EU in July 2016 for the treatment of adult patients with relapsing forms of multiple sclerosis. Prior to that, in May 2016, the drug was approved for the same indication in the US. 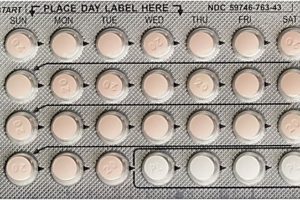 Jubilant recalls one lot of Drospirenone and Ethinyl Estradiol tablets