The companies have also announced research collaboration for the development of five additional gene therapy products in neurological disorders.

Benitec’s silence-and-replace gene therapy technology has been designed to deliver a combination of DNA-directed RNA interference (silence) along with a functional copy of the gene (replace) in a single vector construct.

The AXO-AAV-OPMD program is an investigational gene therapy being developed as a one-time treatment for OPMD.

The program uses an adeno-associated viral (AAV) vector gene therapy to silence the mutant poly-A binding protein N1 (PABPN1) gene, which causes OPMD and replace with a functional copy of the PABPN1 gene.

The AXO-AAV-OPMD platform is currently under preclinical development, while Axovant intends to begin a placebo-controlled clinical study in 2019.

OPMD is a neuromuscular disease, which is caused by mutations in the gene coding for polyA-binding protein nuclear 1 (PABPN1). It may lead to formation of intranuclear inclusion bodies resulting in muscle cell pathology.

Axovant secured orphan drug designation from the US Food & Drug Administration and European Commission for AXO-AAV-OPMD to treat OPMD.

As per terms of the deal, Benitec will secure an upfront cash payment of $10m and additional cash payments totaling $17.5m after completion of four specific near-term manufacturing, regulatory and clinical milestones.

Axovant has retained worldwide rights to AXOAAV-OPMD, and will be responsible for all future development costs.

The total value of all the development, regulatory and commercial milestones achievable by Benitec, including four near-term milestones, is expected to be around $187.5m.

Axovant CEO Dr Pavan Cheruvu said: “OPMD is a debilitating, potentially fatal disease that affects adults in the prime of their careers, and no approved treatment options are currently available.”

Benitec Biopharma executive chairman Dr Jerel Banks said: “We believe Axovant is the ideal partner to take these programs forward, and look forward to working closely with them to develop AXO-AAV-OPMD and other neurological gene therapies.” 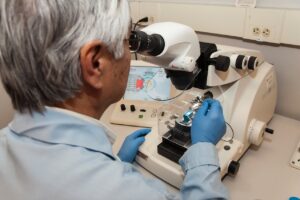