The acquisition is expected to reinforce Sandoz’s position as a leading player in the antibiotics segment.

Sandoz is a player in generic pharmaceuticals and biosimilars with a vast portfolio of medicines comprising major therapeutic areas. Its 2020 sales touched $9.6bn.

The contract comprises global rights to Zinnat, Zinacef and Fortum, three established brands in over 100 markets. However, it excludes the rights to some of those brands in the US, Germany and Australia, which GSK had divested earlier, and to some of the brands in India, Egypt, Pakistan, Japan and China, which GSK will retain.

Subject to the terms of the transaction after closing the acquisition, GSK will be paid $350m along with additional milestone payments of up to $150m.

Closing of the transaction is scheduled for the latter half of 2021, which will however be subject to customary closing conditions, such as securing regulatory approvals.

The three acquired brands showed combined sales of nearly $140m in the relevant markets in 2020.

Upon concluding the transaction, GSK will begin supply of Zinnat to Sandoz under a manufacturing and supply agreement (MSA), and later support a transfer of the associated manufacturing operations over to Sandoz. The process is expected to last for around four years following the close of the transaction.

Sandoz intends to align this acquisition with its integrated manufacturing strategy by later manufacturing Zinnat at sites belonging to its own network, in the longer term. Its lead production site for global antibiotics production is centered in Kundl, Austria.

Sandoz CEO Richard Saynor explained: “This important transaction will further position Sandoz as a global leader in antibiotics – truly essential medicines that are the backbone of modern healthcare systems.

“Cephalosporins are the largest antibiotic segment by global sales and acquiring this leading business, including the established global Zinnat® brand, will complement our #1 position in generic penicillins, the other key segment. It will also set us up for additional synergies driven by an increased promotional footprint that will support growth of both the acquired brands and the current existing Sandoz portfolio.”

Last year, Sandoz announced a joint investment agreement of nearly $182m with the Austrian government to reinforce the competitiveness of its Kundl antibiotic manufacturing site and safeguard its long-term supply resilience.

With focus on generic penicillin products, Kundl is the hub of the western world’s last major integrated production chain for antibiotics. 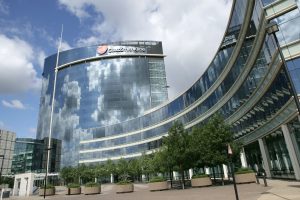