Ovid Therapeutics has signed a license agreement with AstraZeneca for a library of early-stage small molecules that target the KCC2 transporter.

The agreement also includes the lead candidate, OV350, which showed promising in-vitro and in-vivo proof of concept in resistant forms of epilepsy.

The early-stage compound directly targets and activates KCC2, which is a potassium chloride co-transporter that maintains chloride homeostasis in neurons.

As part of the collaboration, Ovid is looking to optimise and speed-up the KCC2 transporter activators development in epilepsies as well as other neuropathic conditions.

This exclusive license from AstraZeneca not only adds unique candidate but also brings a wide library of compounds to Ovid’s franchise of first-in-class anti-epileptic treatments.

Ovid chairman and CEO Jeremy Levin said: “The KCC2 transporter is an exciting and novel target that we believe holds great promise in treating epilepsies.

“The compounds are a natural fit for our franchise dedicated to small molecule epilepsy medicines, and they follow our track record of successful partnering with large pharmaceutical companies.”

Under the deal, Ovid will make $5m of upfront payment in cash along with $7.5m in Ovid shares.

Additionally, AstraZeneca will be eligible to receive up to $8m in potential clinical development milestones and up to $45m in regulatory milestones.

It is expected that total commercial milestones could touch $150m while tiered royalty payments could range from the single digits up to 10% on net sales.

AstraZeneca will also have right for first negotiation to opt-in on a strategic collaboration at the time of proof of clinical efficacy.

“This transaction continues to align development resources to our stated areas of strategic focus.” 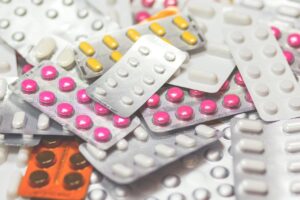