Nautilus Biotechnology, a company pioneering a high-throughput, low-cost platform for analyzing and quantifying the human proteome, today announced it has raised $76m in an oversubscribed Series B offering that closed on Monday, May 18, 2020.

The funding round was led by Vulcan Capital, the multi-billion-dollar investment arm of Vulcan Inc., the company founded by Microsoft co-founder and philanthropist Paul G. Allen. In addition to Vulcan, Perceptive Advisors, Bezos Expeditions, and Defy Partners were new investors in the Series B offering. Previous investors AME Cloud Ventures, Andreessen Horowitz, Bolt, and Madrona Venture Group also participated in the round. The capital will be used to accelerate development of Nautilus’ proprietary proteomics platform and the expansion of scientific and engineering staff across a variety of levels and disciplines.

Nautilus was co-founded in 2016 by Sujal Patel, founder and CEO of Isilon Systems, a publicly-traded company that sold to EMC in 2010 for $2.6B, and Parag Mallick, PhD, Associate Professor of Radiology at Stanford University and a member of BioX, Stanford’s pioneering interdisciplinary biosciences institute, and the Canary Center for Cancer Early Detection. The leadership team combines its entrepreneurial and research backgrounds to solve the challenge of more easily and completely quantifying the proteins that drive every aspect of human physiology. That limitation has impeded scientific and pharmaceutical R&D and Nautilus’ platform will enable a more comprehensive understanding of cellular and organismic biology.

“Existing proteomics technologies are slow, expensive, incomplete, and lack the sensitivity to deliver deep and meaningful insight into biological processes,” said Nautilus co-founder and CEO, Sujal Patel. “Bringing together Parag’s breakthrough science with my deep understanding of large-scale IT has enabled us to approach the problem in a fundamentally new, more holistic way. Our value derives from a unique, interdisciplinary combination of biochemistry, computer science, and substantial business experience.”

“The potential of proteomics has not been fully realized because of the limitations of current analysis methods,” said Lee Hartwell, PhD, President and Director Emeritus of the Fred Hutchinson Cancer Research Center​, 2001 co-recipient ​of the Nobel Prize in ​Physiology and Medicine, and member of Nautilus’ Scientific Advisory Board. “A greater resolution of the proteome will make it possible for the entire scientific and pharma R&D communities to undertake a wider range of high-value scientific inquiries, thereby accelerating both their research and the benefits that can accrue to human health.”

“Advancing scientific research and technology is at our core,” said Stuart Nagae, Director of Venture Capital at Vulcan Capital. “With over a decade of experience investing in biotech and proteomics innovation, we believe that a reimagining of proteomics is long overdue. Nautilus has put together a special team with the vision, creativity, and experience to achieve that breakthrough, and execute on their vision.” 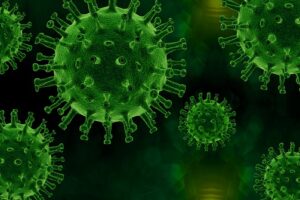