In addition, a second compound, NP-135 was identified as an additional lead. Both NP-135 and NP-160 are one of a number of already approved compounds that Nash has been screening for new therapeutic uses as part of its drug repurposing strategy

Data from this study demonstrated statistically significant improvements in several key measures relevant to the development and progression of NASH including:

Cenicriviroc (40 mg/kg, QID) both a positive control and comparator arm in the study showed a 1.5 point drop in the NAFLD/NAS score vs controls (p<0.01) and 54.1% (p<0.0001) reduction in fibrosis area compared to controls as measured by Sirius Red staining

“We have now had several studies from multiple independent laboratories, confirming that these two compounds are remarkably active in pre-clinical models of NASH and in CKD, both of which involve fibrosis. We were also very pleased to see the performance of our compounds against the comparator data of Cenicriviroc, a known anti-fibrotic compound in the same two studies,” said Christopher J. Moreau, CEO of NASH Pharmaceuticals.

“It is also important to note that Cenicriviroc, itself a re-positioned HIV drug from Takeda, was acquired by Allergan from Tobira in 2016 for a total potential consideration of up to $1.695 billion We are looking forward to advancing these compounds into Phase II clinical trials as quickly as possible to establish human efficacy.” 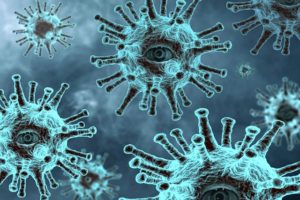