Myrtelle and rAAVen Therapeutics have announced a partnership to develop novel recombinant adeno-associated virus (rAAV) vectors to progress gene therapy treatments for diseases of the central nervous system (CNS) in which myelin is impacted.

Myelin is an insulating material that allows proper function of neurons. It made of specialised cells of the nervous system called oligodendrocytes.

This myelin sheath offers a protective coating that enables signals to be transmitted from one nerve cell to the next.

When the impulses are slow and impact normal brain function, it means myelin is either damaged or does not develop normally.

The partnership will see rAAVen’s expertise in modifying established viral vectors being leveraged for the design and production of new viral vectors as potential precision treatments for a wide  spectrum of diseases along with Myrtelle’s expertise in CNS gene therapy research and development.

rAAVen will leverage its distinct platform for AAV development that brings together methodologies within cloning, viral vector production and next generation sequencing.

Myrtelle will be testing the vectors in a range of myelin-based disorders and, if these tests are successful, then further development will be pursued.

Besides owning the vector compositions, it will have the sole worldwide rights to commercialise the resulting gene therapies.

In exchange, rAAVen will receive milestone and sales-based royalty payments.

rAAVen Therapeutics COO and founder Marcus Davidsson said: “We are very excited to announce this partnership as it is the first in the U.S. for rAAVen.

“We appreciate the opportunity to help Myrtelle achieve their goals for their novel gene therapy programmes. This forward-thinking approach by both companies will accelerate the push towards our common goal of improving the lives of patients.”

Myrtelle has developed technologies and capabilities in gene therapy for disorders involving myelin production, including a new class of rAAV vectors that target oligodendrocytes selectively.

It has a lead programme in clinical development for Canavan disease and an exciting pipeline of additional white matter diseases.

Myrtelle vice president of Pharmacology and Translational Science Rick Layer said: “We are enthusiastic about this collaboration with rAAVen, a pioneer in the development of novel methodologies that efficiently identify potent and selective new rAAV vectors.

“The field of neuroscience has lacked the tools to properly target and interrogate myelin-producing cells. This has hampered the development of novel gene therapies for many intractable CNS diseases.  We are excited to embark with rAAVen on the work of finding solutions for these important unmet needs.” 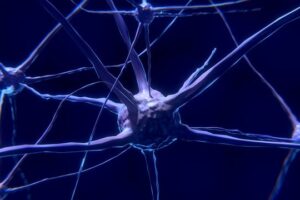