Myelo001 is being developed by Myelo Therapeutics as an adjuvant cancer therapy for the treatment of myelosuppression, induced by chemotherapy and radiotherapy.

The German pharma company said that the US government is promoting the development of new drugs for the prevention or treatment of acute radiation syndrome.

Myelo001’s preclinical and clinical studies had shown the chemical entity when applied orally to be effective in alleviating hematopoietic symptoms resulting from chemotherapy and radiation.

The safety profile of Myelo001 has been confirmed by chronic toxicology and safety studies, and also clinical studies, said Myelo Therapeutics.

For Myelo Therapeutics, the FDA orphan drug designation for Myelo001 for the treatment of acute radiation syndrome enables it to get close guidance from the regulator.

It is expected to speed up the process towards possible marketing approval, orphan drug research grants, waivers of regulatory fees, tax credits, and also a seven-year market exclusivity upon approval.

According to Myelo Therapeutics, therapies for acute radiation syndrome come under medical countermeasures (MCMs), which are FDA-regulated products that could be used during a public health emergency resulting from a biological, chemical, or radiological or nuclear material.

The German pharma company said: “When developing MCMs for radiological and nuclear threats, it is not ethical or feasible to test a drug’s efficacy by exposing human subjects to high levels of radiation. Given this, the FDA may grant approval based on well-controlled non-clinical studies.”

In mid-2017, Myelo Therapeutics had a pre-investigational new drug meeting with the FDA Center for Drug Evaluation and Research (CDER) regarding the role of Myelo001 in the treatment of chemotherapy-induced neutropenia.

The German pharma company said that the positive meeting with the FDA had helped it close a financing round to support further development work for Myelo001 in chemotherapy-induced neutropenia and also to expand its research into the drug’s effect against radiation. 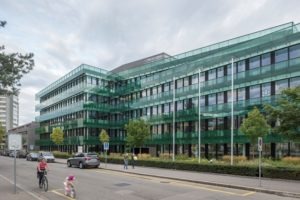