COI Pharmaceuticals announced that Merck has agreed to acquire Calporta Therapeutics in a deal valued at around $576m.

The transaction includes an upfront payment and contingent milestone payments.

Calporta CEO and COI Pharmaceuticals business development senior vice president Dr Sanford Madigan said: “This agreement with Merck is an important milestone towards the rapid development of a novel therapeutic approach that could help millions of people with degenerative disorders caused by toxic accumulation of proteins, fats, or other cellular macromolecules.”

The TRPML1 is expected to play a significant role in lysosomal function by advancing autophagy and lysosomal exocytosis.

Calporta’s preclinical stage TRPML1 agonists are being assessed for the treatment of different lysosomal storage and neurodegenerative disorders, including Alzheimer’s and Parkinson’s disease.

TRPML1 is a major lysosomal ion channel, as well a known regulator of autophagy. The lysosome is a cellular compartment engaged in the breakdown and recycling of cellular waste products such as fats, proteins and other macromolecules.

“We look forward to conducting further research to evaluate the potential of TRPML1 agonists to activate a natural clearance mechanism the brain employs to clear toxic proteins.”

Based in La Jolla of California, COI Pharmaceuticals is the Community of Innovation established by Avalon Ventures to support its portfolio companies.

In June this year, Merck signed an agreement to acquire biopharmaceutical firm Tilos Therapeutics in a deal valued at around $773m (£608m).

Tilos Therapeutics is involved in the development of therapeutics, which targets the latent TGFβ complex to treat cancer, fibrosis and autoimmune diseases. 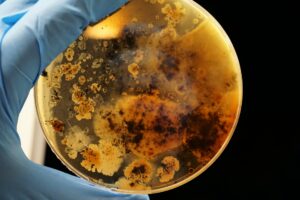