The US affiliate of specialty pharmaceutical company Indivior has introduced an authorized generic version of Suboxone (buprenorphine and naloxone) sublingual film in the US.

Sandoz will market the authorized generic version of Suboxone on behalf of Indivior in the country.

Indivior said its decision is based on the market impact expected from the anticipated at risk launch of a generic buprenorphine film product in the US by Dr Reddy’s Laboratories and Alvogen Pine Brook.

On 19 February, the Supreme Court of the US rejected Indivior’s motion to stay issuance of the mandate vacating the preliminary injunction (PI) granted against Dr Reddy’s.

Later, the US District Court for the District of New Jersey passed orders to dissolve the temporary restraining order against Alvogen and confirming the PI against Dr Reddy’s had been vacated.

Indivior CEO Shaun Thaxter said: “We are making an authorized generic of our Suboxone Film brand product available to patients and providers immediately, giving them yet another option of medication-assisted treatment for opioid dependence.

“In addition, we expect this launch will create the opportunity to maximize the value of our Suboxone Film franchise.”

Suboxone film is a prescription medicine developed to treat of opioid dependence. It must be used under complete treatment, including counseling and psychosocial support.

Suboxone secured approval from the US Food and Drug Administration in August 2010.

In June 2018, Dr Reddy’s secured approval from the US Food and Drug Administration for its buprenorphine and baloxone sublingual film in four strengths to market in the US. 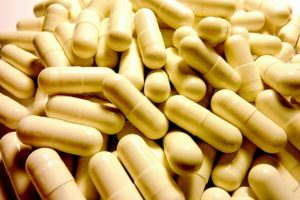 Merck announces US launch of ONTRUZANT, a biosimilar of Herceptin