Auvelity is claimed to be the first and only oral N-methyl D-aspartate (NMDA) receptor antagonist with multimodal activity that has been approved to treat MDD.

It is said to be the only rapid-acting oral medicine for MDD with label showing that the drug reduces depression significantly at one week compared to placebo.

Axsome stated that Auvelity utilises the first new oral mechanism of action which has been approved for MDD in over 60 years.

The drug is anticipated to be commercially available in the US in the fourth quarter of this year.

In March 2019, Auvelity received Breakthrough Therapy designation from the FDA to treat MDD.

Axsome CEO Herriot Tabuteau said: “The approval of Auvelity is the culmination of the tremendous and focused research and development activities conducted by the Axsome team and our collaborators.

“We are extremely proud to deliver this Breakthrough Therapy-designated new treatment to the millions of patients living with depression at a time when it is most needed, given the recent sharp increase in depression prevalence.

“We are thrilled to contribute to potentially fundamental advances in neuropsychiatry by providing clinicians the first rapid-acting oral antidepressant demonstrated with FDA labelling, and the first oral glutamatergic medicine approved for depression.”

Auvelity was assessed in a comprehensive clinical programme and its efficacy in treating MDD patients was shown in the GEMINI placebo-controlled study.

The drug demonstrated statistically significant superiority in improving symptoms of depression compared to placebo in the GEMENI study. 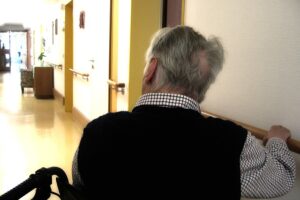