Results suggest that Entresto, an essential treatment for HFrEF, not only positively impacts a biomarker shown to be associated with prognosis of clinical outcomes in HFrEF, but also that the effect is associated with significant improvement in the structural and functional changes, known as cardiac remodeling, that occur with this disease. Safety and tolerability were similar to that in previously reported studies.

Cardiac remodeling impairs the heart’s ability to pump blood to the body and leads to poor prognosis. Therefore, a positive impact on cardiac remodeling may be important in the treatment of HFrEF as it may result in reversed damage to the heart, which can lead to improved clinical outcomes. These data are the first to demonstrate that Entresto improved heart structure and function, indicative of reversal of cardiac remodeling, and that this improvement is correlated with positive changes in a biomarker.

These results, which further support Entresto as a first-choice treatment for HFrEF, were presented as late-breakers at the ESC Congress 2019, the annual meeting of the European Society of Cardiology (ESC) and published in Journal of the American Medical Association.

“The PROVE-HF and EVALUATE-HF studies provide the first evidence that Entresto may help reverse the damage to the heart caused by HFrEF, which could lead to improved clinical outcomes,” said Marcia Kayath, M.D., Global Head Medical Affairs and Chief Medical Officer, Novartis Pharmaceuticals. “As part of our commitment to reimagining heart failure treatment, we conducted these studies to more deeply understand Entresto’s impact on heart structure and function in HFrEF patients. For the first time, an association was shown between a biomarker and cardiac remodeling improvements in patients treated with Entresto.”

The Phase IV, 52-week, single-arm, open-label PROVE-HF trial showed that treatment with Entresto significantly improved levels of an important biomarker shown to be associated with prognosis of clinical outcomes in HFrEF, N-terminal pro–B-type natriuretic peptide (NT-proBNP), which was linked for the first time to significant improvements in left ventricular remodeling and echocardiographic measures of cardiac structure and function.

Importantly, the study demonstrated this association between improvement in this biomarker and these positive changes indicative of reversal of cardiac remodeling at six months and one year. The study found Entresto’s safety and tolerability to be largely consistent with that seen in the pivotal PARADIGM-HF trial with the exception of dizziness, which was reported more frequently in PROVE-HF.

Novartis also conducted the Phase IV, multicenter, randomized, double-blind, active-controlled EVALUATE-HF trial to examine Entresto’s effect on remodeling of the blood vessels of the heart and ventricular-vascular coupling – a measure of the mechanical efficiency of the heart – compared with enalapril.

The study, also presented at ESC Congress 2019, showed that neither Entresto nor enalapril improved the primary endpoint of change in aortic impedance (a measure of vascular stiffness). It is possible that the short length of the study, as well as the specific patient population, which may already have experienced a degree of improved aortic impedance, may have contributed to this outcome.

However, consistent with the findings in PROVE-HF, the study showed that Entresto improved the structure and function of the left ventricle – the chamber that pumps blood to the rest of the body – compared to enalapril, and safety was comparable to that seen in PARADIGM-HF.

Entresto is indicated for the treatment of patients with chronic heart failure (NYHA Class II-IV) and reduced ejection fraction to reduce the risk of cardiovascular death and hospitalization for heart failure. 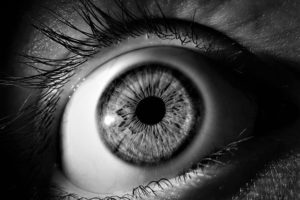