Merck, known as MSD outside the US and Canada, announced that the European Commission has approved KEYTRUDA, Merck’s anti-PD-1 therapy, as monotherapy or in combination with platinum and 5-fluorouracil (5-FU) chemotherapy, for the first-line treatment of patients with metastatic or unresectable recurrent head and neck squamous cell carcinoma (HNSCC) whose tumors express PD-L1 (combined positive score [CPS] ≥1).

“This disease is especially debilitating since it can be highly visible and affect a patient’s appearance and their daily functions, such as eating and speaking,” said Professor Kevin Harrington, investigator for KEYNOTE-048, professor of biological cancer therapies at The Institute of Cancer Research, London, and consultant clinical oncologist at The Royal Marsden NHS Foundation Trust. “Considering the great need for new treatment options, we are encouraged by today’s KEYTRUDA approval in Europe, which will allow certain patients to be treated with immunotherapy earlier in the course of their treatment.”

This approval allows marketing of the KEYTRUDA monotherapy and combination regimen in all 28 EU member states plus Iceland, Lichtenstein and Norway.

“KEYTRUDA is now the first anti-PD-1 treatment option in the first-line setting for metastatic or unresectable recurrent head and neck cancer, a disease that has been treated the same way in the EU for more than a decade,” said Dr. Jonathan Cheng, vice president, clinical research, Merck Research Laboratories. “The European Commission approval underscores our commitment to transforming the way cancer is treated around the world.”

This approval is based on data from the Phase 3 KEYNOTE-048 trial, a multi-center, randomized, open-label, active-controlled trial conducted in 882 patients with histologically confirmed metastatic or recurrent HNSCC of the oral cavity, pharynx or larynx, who had not previously received systemic therapy for recurrent or metastatic disease and who were considered incurable by local therapies. Randomization was stratified by tumor PD-L1 expression (Tumor Proportion Score [TPS] ≥50% or <50%), HPV status (positive or negative), and ECOG Performance Status (PS) (0 vs. 1). The dual primary endpoints were OS and progression-free survival (PFS). Patients were randomized 1:1:1 to one of the following treatment arms:

Treatment with KEYTRUDA continued until RECIST v1.1-defined progression of disease as determined by the investigator, unacceptable toxicity or a maximum of 24 months.

The safety of KEYTRUDA as monotherapy has been evaluated in 5,884 patients with advanced melanoma, resected Stage III melanoma (adjuvant therapy), non-small cell lung cancer (NSCLC), classical Hodgkin lymphoma, urothelial carcinoma, or HNSCC across four doses (2 mg/kg every 3 weeks, 200 mg every 3 weeks, or 10 mg/kg every 2 or 3 weeks) in clinical studies. In this patient population, the median observation time was 7.3 months (range: 1 day to 31 months) and the most frequent adverse reactions with KEYTRUDA were fatigue (32%), nausea (20%), and diarrhea (20%). The majority of adverse reactions reported for monotherapy were of Grades 1 or 2 severity. The most serious adverse reactions were immune-related adverse reactions and severe infusion-related reactions. 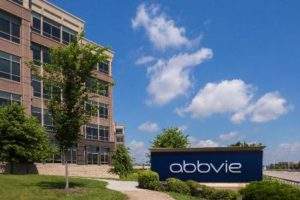