Durvalumab reduced the risk of death by 32% in comparison to standard of care in the late-stage trial. In the durvalumab arm, the median time to death or distant metastasis was 28.3 months in contrast to the 16.2 months recorded in the placebo group.

The phase 3 study of the oncology immunotherapy, dubbed as PACIFIC, is being held in 26 countries, featuring 713 patients. While the primary endpoints of the trial are PFS and OS, the secondary endpoints include both PFS and OS along with overall response rate and duration of response.

AstraZeneca revealed that the 24-month overall survival rate for patients in the PACIFIC trial was 66.3% in the durvalumab arm, in comparison to 55.6% in the placebo arm.

“Today’s announcement brings new hope to patients in a setting where survival rates have not changed in decades.”

A previous analysis in the PACIFIC trial showed that durvalumab prolonged progression-free survival (PFS), in comparison placebo, to a significant extent.

AstraZeneca said that there were no new safety signals identified for the oncology immunotherapy during the phase 3 trial.

Durvalumab is a human monoclonal antibody designed to target the PD-1/PD-L1 pathway. It blocks the interaction of PD-L1 with PD-1 and CD80 proteins. Through this mechanism, it works against the immune-evading tactics of the tumor and releases the inhibition of immune responses.

Based on the PACIFIC trial, Durvalumab is approved for unresectable, Stage III NSCLC across the US, European Union, Canada, Switzerland, India, Japan, and Brazil.

The oncology immunotherapy is also indicated for the treatment of patients with locally-advanced or metastatic urothelial carcinoma in the US, Canada, Brazil, Israel, India and Hong Kong. 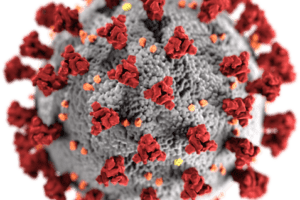