Daiichi Sankyo has secured approval from the US Food and Drug Administration (FDA) for the use of Turalio (pexidartinib) for the treatment of symptomatic tenosynovial giant cell tumor (TGCT).

The approval for Turalio is for the treatment of adults with rare joint tumour associated with severe morbidity or functional limitations and is not responsive to improvement through surgery.

According to the FDA, Turalio is the first therapy to be approved for the treatment of the rare joint tumour. Prior to the approval, the drug was granted orphan drug designation, breakthrough therapy designation and priority review designation.

Turalio is an oral small molecule that blocks colony stimulating factor-1 receptor (CSF1R), which is considered to be primarily responsible for the growth of abnormal cells in the synovium that cause the joint tumour. The drug, which also inhibits KIT and FLT3-ITD, was discovered by Daiichi Sankyo’s small molecule structure-guided research and development centre – Plexxikon.

FDA oncology center of excellence director and center for drug evaluation and research office of hematology and oncology products acting director Richard Pazdur said: “TGCT can cause debilitating symptoms for patients such as pain, stiffness and limitation of movement. The tumor can significantly affect a patient’s quality of life and cause severe disability.

“Surgery is the primary treatment option, but some patients are not eligible for surgery, and tumors can recur, even after the procedure. Today’s approval is the first FDA-approved therapy to treat this rare disease.”

The drug’s approval was based on the data of a global phase 3 clinical trial, called ENLIVEN, in 120 patients, of whom 59 were subjected to placebo. The phase 3 trial showed a statistically significant improvement in overall response rate (ORR) in patients subjected to Turalio, at 38%, compared to no responses in the placebo group.

ORR was defined as the primary efficacy endpoint of the ENLIVEN trial, analysed after 25 weeks of treatment.

Daiichi Sankyo oncology research and development executive vice president and global head Antoine Yver said: “We are proud to be a part of today’s landmark approval and offer a much-needed treatment advancement for TGCT patients whose disease is not amenable to improvement with surgery, and who, until now, have had no approved systemic treatment options.” 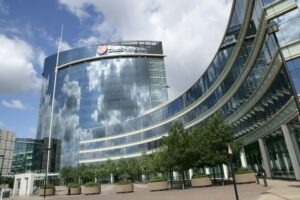