The company has reported positive headline results from the pivotal DREAMM-2 open-label and randomised study of two doses of belantamab mafodotin.

The 196 patients in the DREAMM-2 study had relapsed multiple myeloma, and were refractory to immunomodulatory drug, a proteasome inhibitor, and to treatment with an anti-CD38 antibody.

Belantamab mafodotin has shown a clinically meaningful overall response rate in the patient population, and the safety and tolerability profile was in line with the results observed in DREAMM-1 human study.

GSK will use the data from the study for regulatory filings, which will start later this year.

Additional ongoing studies are evaluating the efficacy of belantamab mafodotin as third-line monotherapy in relapsed/refractory multiple myeloma, as well as a combination treatment in the first and second line setting under broader DREAMM clinical development programme.

Belantamab mafodotin is not yet secured approval for use in any part of the world. It is presently being studied in patients with multiple myeloma.

GSK R&D president and chief scientific officer Dr Hal Barron said: “I am pleased with the results of the DREAMM-2 study and excited about what these data could mean for patients with multiple myeloma who have exhausted other lines of treatment.

“We are on track to file belantamab mafodotin later this year and continue to investigate how it could help even more patients with this disease.” 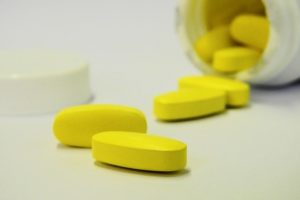