Biopharmaceutical company Alvotech and BiosanaPharma have signed an exclusive global licensing agreement for the co-development of a proposed biosimilar, AVT23 (also called BP001), to Xolair (omalizumab).

As part of the collaboration, both the companies will co-develop AVT23, an investigational compound, that is now in late development stage.

BiosanaPharma CEO Ard Tijsterman said: “We are delighted at this collaboration with Alvotech as their platform can enable global distribution of our lead product, if approved.

“Our 3C process technology is designed to make products more affordable and to improve patient access, a key goal for both BiosanaPharma and Alvotech.”

The company has already completed a pharmacokinetic (PK) study, which demonstrated that the tolerability, safety, bioavailability, and immunogenicity of the proposed biosimilar was similar to those of Xolair.

At present, Xolair is the only approved product that contains omalizumab and was initially approved in 2003.

Under the deal, Alvotech will get AVT23’s exclusive global rights, while BiosanaPharma will receive an upfront payment and will also be eligible for certain tiered royalties.

“Our pure-play biosimilars approach allows the Alvotech platform to be highly opportunistic in not only developing products in-house, but also through in-licensing and co-developing attractive products through partnerships with premier companies like BiosanaPharma.” 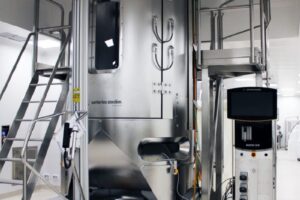