Oral delivery could broaden the clinical and commercial opportunities for RNAi therapeutics, which are currently administered with intravenous or subcutaneous dose administration.

The results were presented at the 3rd International Conference on the Long and the Short of Non-Coding RNAs being held June 18-23 in Crete, Greece. The Company also reported on further progress on central nervous system (CNS) and ocular delivery of novel siRNA conjugates.

“These new preclinical data are the first demonstration of functional delivery of GalNAc-siRNA conjugates via the oral route of administration, representing an important step forward in potentially advancing and expanding the clinical and commercial potential of RNAi therapeutics.

“Since oral delivery of GalNAc-conjugate siRNAs was achieved with use of a proprietary formulation containing a permeation enhancer, we believe that this approach can be applied to existing and future pipeline liver-directed programs, potentially creating a relatively near-term opportunity for Alnylam,” said Kevin Fitzgerald, Ph.D., Senior Vice President and Chief Scientific Officer of Alnylam.

“We are equally excited to continue advancing our efforts focused on CNS and ocular delivery achieving highly durable responses, while also demonstrating favorable silencing activity of our CNS-targeted conjugate siRNA as compared to an ASO. Our CNS and ocular RNAi therapeutic programs are being advanced through our recently announced collaboration with Regeneron.”

Preclinical studies were performed to investigate the potential for oral administration of investigational RNAi therapeutics. Robust and durable messenger RNA (mRNA) silencing was observed in mice for a GalNAc-conjugated siRNA targeting Factor 12 (F12) with a proprietary formulation containing a permeation enhancer and delivered via oral gavage.

The knockdown effect was sustained for over 40 days with a durability profile on par with that achieved via subcutaneous administration. Knockdown was dose-dependent and required the presence of the GalNAc conjugate and the formulation containing a permeation enhancer. Approximately 90 percent knockdown was observed upon administration of three oral doses at 3 mg/kg.

Additional data on CNS delivery of RNAi therapeutics were also presented. In rat studies, a head to head comparison of silencing activity of an siRNA and a previously reported antisense oligonucleotide (ASO) targeting human superoxide dismutase 1 (hSOD1) was performed in a transgenic model expressing hSOD1.

A single intrathecal injection of a hSOD1-targeted siRNA resulted in greater silencing activity as compared to its ASO counterpart across all key anatomical regions of the brain and spinal cord. Specifically, when dosed at 0.9 mg and measured at Day 7, the hSOD1-targeted siRNA achieved superior silencing across all regions of the spine and brain, with mean silencing from 85-88 percent and 64-75 percent, respectively.

Finally, results on ocular delivery of RNAi therapeutics were also presented. Intravitreal administration of a conjugated siRNA targeting mouse transthyretin (TTR) demonstrated a dose-dependent and sustained knockdown of TTR, with maximal (greater than 95 percent) suppression achieved at doses as low as 15 micrograms per eye and lasting up to Day 135 post a single injection. Similarly, a single low intravitreal dose of a siRNA conjugate targeting human TTR resulted in virtually complete knockdown of TTR protein in the NHP eye, with effects lasting for at least three months. 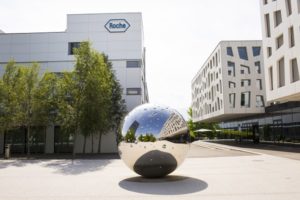