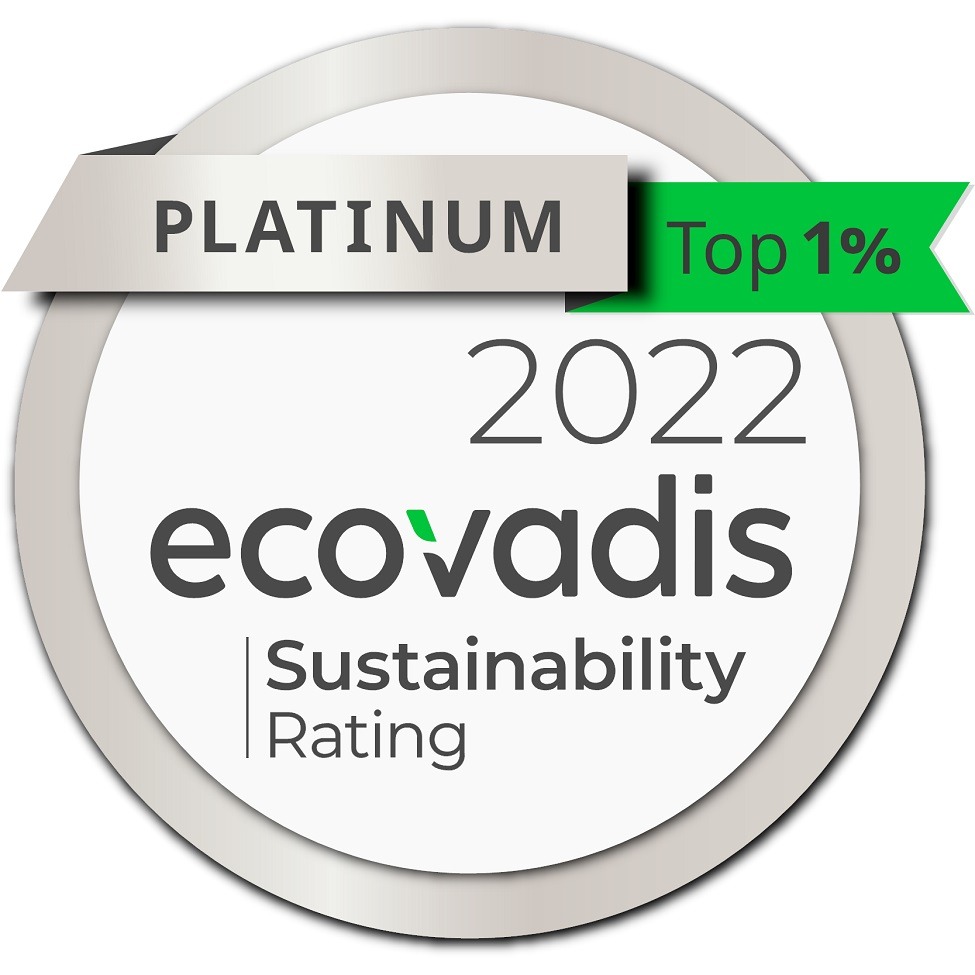 EcoVadis supplies the world’s most trusted business sustainability rating. With 100,000+ rated companies across 175+ countries and 200+ industries, EcoVadis has, over the past 15 years, created an extensive global network that they guide toward a more sustainable world.

As companies worldwide focus more and more on sustainability, also during audits, it was important for Novo Nordisk Pharmatech to become part of the EcoVadis network. This way the performance within areas such as Environment, Labour & Human Rights, Ethics, and Sustainable Procurement could easily be shared with relevant stakeholders.

Being awarded the Platinum Medal in recognition of Novo Nordisk Pharmatech’s position among the top 1% of companies has made a big impression.

“We continuously strive to drive our business sustainably. All employees at Novo Nordisk Pharmatech can be proud of this result, as it can only be done because sustainability is integrated into everything we do,” says Ulla Grove Krogsgaard Thomsen, CEO of Novo Nordisk Pharmatech. “The choice of EcoVadis as a partner was easy. Their expert panel is impartial, and EcoVadis is a serious and universally recognised platform. The platform also allows benchmarking against other companies within the same industry.”

Measuring and reporting on environmental, financial, and social performance – called ‘The Triple Bottom Line’ – by considering the use of resources, CO₂ emissions and waste to be the most material impacts on the environment across the value chain has formed the basis of Novo Nordisk Pharmatech’s ambition for several years.

Despite the positive results of the survey, especially within Environment and Labour & Human rights, there is still room for improvement, eg. when it comes to Measurement and Reporting. The company goal is to update the EcoVadis survey once a year based on EcoVadis’ and the organisation’s input for improvement.