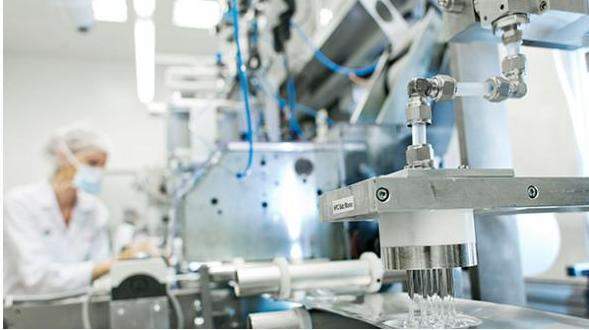 Passive patches release the active substance via passive diffusion and are limited to relatively small-molecule and lipophilic active substances, since only these can penetrate the skin in therapeutically relevant amounts. As a result, active substances with larger molecules such as peptides, proteins and vaccines cannot be administered this way. But these new often biotechnologically produced drugs frequently have major potential for the therapy of diseases that until now have been inadequately treated, primarily cancer.

LTS’ microneedles are long enough to penetrate the outer layer of the skin but too short to irritate nerves and blood vessels.

They can be used to inject active substances with larger molecules into the skin, an application that is largely pain-free. Microneedles create tiny holes in the outermost layer of skin, which significantly increases the rate at which the active substance is absorbed.

LTS is currently researching a number of different microneedles made from different materials and with different gauges, designs and sizes for a wide range of applications.

Another way to increase the opportunities to apply transdermal therapeutic systems is the use of active systems via iontophoresis, for example. This involves conducting a very low electric current through the skin, which transports the charged molecules.

Iontophoresis enables substances to be absorbed transdermally that are not suitable for passive systems as a result of their intrinsic characteristics, including charged molecules. LTS has managed to achieve good storage stability by employing innovative drug delivery forms and the very latest concepts. As such, this technology offers a wide spectrum of potential applications.