Takeda Pharmaceutical announced the completion of its previously-announced sale of a portfolio of select over-the-counter (OTC) and prescription pharmaceutical assets in a number of Near East, Middle East and Africa countries within its Growth and Emerging Markets Business Unit (GEM BU) to Acino for a total value in excess of $200m.

The divestment agreement was first announced in October 2019.

The transaction includes approximately 30 select prescription pharmaceutical and OTC products. These products will continue to be made available by Takeda in other parts of the world. Close to 270 employees, primarily sales and marketing professionals supporting the portfolio, are also transitioning to Acino. The parties also entered into multi-year manufacturing and supply agreements, under which Takeda will continue to manufacture the products on behalf of Acino.

Takeda has now announced several transactions as part of its efforts to deleverage and focus on its five key business areas. In addition to the Acino transaction, Takeda completed the sale of Xiidra® to Novartis for up to $5.3 billion USD in July, announced the sale of TachoSil® to Ethicon for $400 million USD in May, and announced its sale of non-core assets spanning the Russia-CIS region in November.

Takeda intends to use proceeds from these divestitures to reduce debt and continue to deleverage towards its target of 2x net debt/adjusted EBITDA within March 2022 – March 2024. Takeda remains committed to rapid deleveraging driven by strong cash flow and divestiture proceeds, while also simplifying its portfolio. 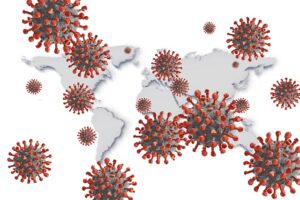