EffRx Pharmaceuticals has received marketing authorisation from Swissmedic for Bronchitol to treat cystic fibrosis (CF) in adults and in children aged six years and above.

EffRx Pharmaceuticals has received marketing authorisation from Swissmedic for Bronchitol to treat cystic fibrosis (CF) in adults and in children aged six years and above.

Developed by Australian pharmaceutical research firm Pharmaxis, Bronchitol is a precision spray‐dried form of mannitol which is delivered to lungs through a portable inhaler that is specially designed.

This helps in clearing mucus from the lungs in CF patients and improves lung function. The product rehydrates the airway/lung surface and promotes a productive cough.

Before being prescribed, the patients need to clear a tolerance test to ensure that they are not hyperresponsive to mannitol.

The Swissmedic approval is supported by three large-scale global clinical studies, which were conducted on 1,065 subjects.

EffRx stated that the use of Bronchitol has led to a sustained improvement in Forced Expiratory Volume (FEV1) versus control, which was observed over the 26-week treatment period.

EffRx Pharmaceuticals Medical Affairs senior director Lorraine Zakin said: “We’re excited to have achieved this important milestone and that patients living with cystic fibrosis will be able to benefit from this treatment in Switzerland.

“Bronchitol offers a portable and discreet option for CF management, with no routine cleaning or maintenance of the inhaler device required.”

Currently, the new product is approved and marketed in Australia, Russia, Europe and the US.

The company noted that the most common adverse reactions observed include vomiting, headache, hemoptysis, oropharyngeal pain, cough, and wheezing.

Approximately 320,000 people in Switzerland are carriers of an altered gene that could cause CF as per the Swiss Society for Cystic Fibrosis. 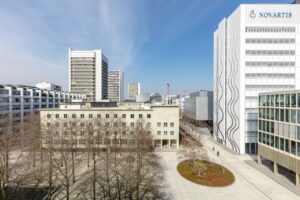