The gantenerumab arm of phase II/III DIAN-TU-001 study has failed to meet its primary endpoint in people who have an early-onset, inherited form of AD or otherwise known as autosomal dominant AD (ADAD).

Gantenerumab has been designed to connect to aggregated forms of beta-amyloid and remove beta-amyloid plaques, a pathological hallmark of AD that is believed to cause brain cell death.

Supported by St. Louis-based Washington University School of Medicine, the trial has failed to significantly slow the rate of cognitive decline in people treated with gantenerumab as measured by the novel DIAN Multivariate Cognitive Endpoint, compared with placebo.

The company, along with Washington University School of Medicine, is carrying out additional analyses to find out the totality of the gantenerumab data from the trial.

Gantenerumab is being assessed in two global phase III studies, Graduate 1 and 2, in the broader population of people with AD that is not directly caused by gene mutations.

The DIAN-TU-001 trial evaluated two investigational therapies compared to placebo, including Roche’s gantenerumab and Eli Lilly’s solanezumab, to asses if either of these treatments may slow the rate of cognitive decline and enhance disease-related biomarkers in people who are known to have a genetic mutation for inherited AD.

The DIAN multivariate cognitive endpoint is the primary outcome measure for the study. With an average of around five years, the trial followed 194 participants for up to seven years.

Roche chief medical officer and global product development head Dr Levi Garraway said: “We are very grateful to all those involved in this study and hope the data can further contribute to the science and collective understanding of this complex disease.

“Although DIAN-TU didn’t reach its primary endpoint, the trial represents the first of its kind and a bold undertaking by all partners involved. Given its experimental nature, we are unable to draw firm conclusions about the impact of gantenerumab in autosomal-dominant Alzheimer’s disease.” 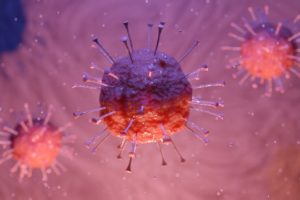