Puma Biotechnology has entered into an exclusive license agreement with Knight Therapeutics that grants Knight the exclusive right to commercialize NERLYNX (neratinib) in Canada.

Under the terms of the License Agreement, Knight will be responsible for all commercial activities and future regulatory submissions for NERLYNX in Canada. Puma will receive upfront and milestone payments up to $7.2 million USD throughout the term of this agreement, as well as double digit royalties on net sales of NERLYNX in Canada.

“Our new agreement with Knight demonstrates our commitment to bringing NERLYNX to patients around the world while continuing to focus our commercial resources on the U.S. market,” stated Alan H. Auerbach, Chief Executive Officer and President of Puma. “We are confident this new partnership will help patients in Canada access NERLYNX at the earliest opportunity.”

“We are excited to partner with Puma to offer a new treatment option to Canadian breast cancer patients,” said Jonathan Ross Goodman, Chief Executive Officer of Knight. “While adjuvant trastuzumab-based therapy has been shown to reduce the risk of recurrence in early stage HER2-positive breast cancer, up to 25% of patients treated with adjuvant trastuzumab will have a recurrence. NERLYNX has been shown to significantly reduce the risk of recurrence in those patients who were previously treated with trastuzumab.”

Neratinib was approved by the U.S. Food and Drug Administration (FDA) in July 2017 for the extended adjuvant treatment of adult patients with early stage HER2-positive breast cancer following adjuvant trastuzumab-based therapy, and is marketed in the United States as NERLYNX (neratinib) tablets. 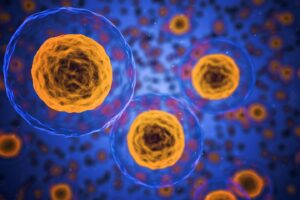