Orchard Therapeutics, a biotechnology company focused on developing gene therapies for rare diseases, has raised $150m through a Series C funding round.

The Series C round was led by Deerfield Management while RA Capital Management, Venrock, Foresite Capital, Perceptive Advisors and others made significant new investments in the gene therapy company.

Orchard plans to use the new capital to progress its three most advanced clinical programs, which are OTL-101 for adenosine deaminase severe combined immunodeficiency (ADA-SCID), OTL-103 for Wiskott–Aldrich syndrome (WAS) and OTL-200 for metachromatic leukodystrophy (MLD) towards registration and commercialization.

The new funding will also be utilized on clinical and preclinical development of the rare disease gene therapy pipeline of the company.

Orchard Therapeutics president and CEO Mark Rothera said: “We are thrilled to have such strong support from both new and existing investors in this financing round.

“The quality of this investor syndicate is a testament to the confidence we have built among our stakeholders, based on the substantial progress of Orchard’s clinical and preclinical programs since our Series B round last year.”

Orchard Therapeutics, which maintains offices in the UK and the US, raised $110m in a Series B funding round in last December. It has also been supported by a $19m grant from the California Institute of Regenerative Medicine (CIRM).

Its portfolio of autologous ex vivo gene therapies features Strimvelis, which was approved in the European Union in 2016 for the treatment of ADA-SCID.

Deerfield Management principal Elise Wang said: “Orchard has made an impressive transition from a start-up company to an emerging leader in gene therapy for rare diseases by building a comprehensive, industry-leading portfolio of ex vivo gene therapies and assembling a highly experienced team.

“We are pleased to have led this round of financing. We believe the company has generated compelling clinical data on products which have the potential to become breakthrough treatments for patients.” 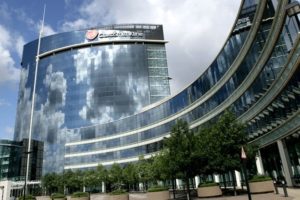