Novo Nordisk’s Ozempic (semaglutide injection) has been approved by the US Food and Drug Administration (FDA) to enhance glycaemic control in adults with type 2 diabetes mellitus.

The FDA has approved the once-weekly analogue of human glucagon-like peptide-1 (GLP-1) receptor agonist in 0.5mg and 1mg therapeutic dosages with the injection indicated to be used as an adjunct to diet and exercise.

Novo Nordisk will launch the diabetic drug in the Ozempic Pen, one of its prefilled devices.

Novo Nordisk executive vice president and chief science officer Mads Krogsgaard Thomsen said: "We are very excited about the first approval of Ozempic and look forward to making this important innovation available to people in the US with type 2 diabetes in the beginning of 2018.

"Type 2 diabetes is a complex disease, but with the unique clinical profile of Ozempic, we believe it has the potential to set a new standard for the treatment of the disease."

Ozempic’s approval was driven by the results of the SUSTAIN program, made up of eight phase 3a trials and featuring over 8,000 adults with type 2 diabetes.

The phase 3a trials also featured a range of people with type 2 diabetes, including some with high cardiovascular risk profiles and some of them with and without renal disease.

The approval of Ozempic also comes after a positive recommendation from an FDA Advisory Committee meeting in mid-October.

Additionally, in the trials, treatment with Ozempic was shown to significantly reduce body weights of the participants.

The diabetic drug also registered a safe and well-tolerated profile throughout the SUSTAIN program. The most common adverse event, which was mild to moderate nausea, decreased gradually.

As part of the post-approval requirements, Novo Nordisk will carry out a paediatric trial of Ozempic in adolescents under 18 years of age among other actions. 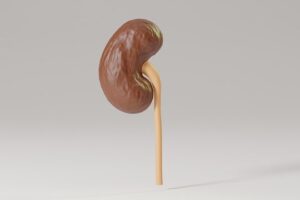