NeuroBo Pharmaceuticals has signed a conditional exclusive license agreement with Dong-A ST for the development and commercialisation of the latter’s cardio-metabolic therapies, DA-1241 and DA-1726.

Under the deal terms, NeuroBo will undertake the development, regulatory and commercial works for the two therapies across the world excluding certain Asian-Pacific areas.

It is suitable for oral administration and was seen to be well tolerated in phase I studies.

In the same models, DA-1726 has also demonstrated the ability to improve hepatic steatosis, inflammation and fibrosis compared with the GLP-1 agonist, semaglutide.

Currently, the two therapies are being assessed to treat obesity, non-alcoholic steatohepatitis (NASH), and type 2 diabetes.

NeuroBo CEO and president Gil Price said: “The acquisition of these two cardiometabolic assets marks a seismic shift for NeuroBo, providing us with a highly promising, diversified pipeline with several upcoming value inflection points in the NASH and obesity space — areas with enormous market opportunity.

“Once the transaction has closed, which is contingent upon certain closing conditions, we will be uniquely positioned to initiate a phase 2a study of DA-1241 in NASH in the first half of 2023, with data expected in the second half of 2024.

As per the  license agreement, Dong-A will receive $22m upfront payment in Series A convertible preferred stock.

The company will also be eligible to receive milestone payments after achieving specific regulatory and commercial developments and will be entitled to royalties on net sales of the two products.

Subject to receipt of third-party financing to develop the assets and other customary closing conditions, the transaction is anticipated to be concluded in the third quarter of this year. 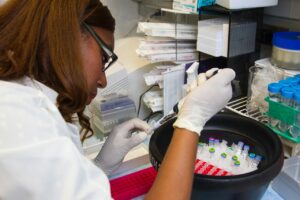