Lynparza (olaparib), a poly ADP-ribose polymerase (PARP) inhibitor, co-developed by AstraZeneca and Merck (known as MSD outside the US and Canada), has succeeded in a phase 3 trial held in patients with relapsed BRCA-mutated (BRCAm) advanced ovarian cancer by meeting the primary endpoint.

The SOLO-3 late-stage trial, which evaluated the efficacy and safety of Lynparza, featured 266 patients whose ovarian cancer relapsed following two or more lines of treatment.

Compared to chemotherapy, Lynparza was shown to have achieved a statistically-significant and clinically-meaningful improvement in both the primary endpoint of objective response rate (ORR) and the key secondary endpoint of progression-free survival (PFS).

Further, Lynparza’s safety and tolerability profile was found to be on par with preceding trials.

AstraZeneca global medicines development executive vice president and chief medical officer Sean Bohen said: “We are very excited about SOLO-3, which is the first Phase III trial for a PARP inhibitor to demonstrate a positive result versus chemotherapy in advanced ovarian cancer where effective options are needed.”

SOLO-3 was carried out as a post-approval commitment as agreed by AstraZeneca and Merck with the US Food and Drug Administration (FDA).

Lynparza’s approval as maintenance treatment for BRCAm advanced ovarian cancer was driven by the positive results from the phase 3 SOLO-1 trial. 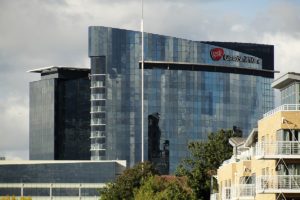