Patients treated with mirikizumab in the SERENITY Phase 2 study achieved significant reductions in clinical and endoscopic measures of disease activity at 12 weeks compared to placebo. The maintenance phase of this study is ongoing.

In this study, patients with moderately- to severely active Crohn’s disease were randomized to receive either placebo or one of three doses of mirikizumab, which is an investigational antibody that targets the p19 subunit of interleukin 23. The primary endpoint evaluated mirikizumab versus placebo on endoscopic response, which was defined as a 50 percent reduction from baseline in the severity of each patient’s disease, as measured by the Simple Endoscopic Score for Crohn’s Disease (SES-CD)1. Secondary endpoints included clinical remission as measured by Patient Reported Outcomes (PRO remission), endoscopic remission, and safety.

At 12 weeks, treatment with mirikizumab achieved the following results:

Bruce E. Sands, MD, MS, Dr. Burrill B. Crohn Professor of Medicine, Chief of the Dr. Henry D. Janowitz Division of Gastroenterology at the Icahn School of Medicine at Mount Sinai and lead investigator of the study, said “Mirikizimab may have the potential to be a valuable addition to the available treatment options for Crohn’s disease because of the endoscopic and symptomatic responses seen in this trial across all doses.”

Lotus Mallbris, M.D., Ph.D., vice president of immunology development at Lilly, said “Following last year’s presentation of positive Phase 2 results for mirikizumab for the treatment of moderate- to severe ulcerative colitis, we are excited to return to DDW to present more positive data for mirikizumab in patients with chronic, inflammatory gastrointestinal conditions. As we continue to advance the science of gastroenterology, we are hopeful that mirikizumab helps us raise the standard and make remission possible for people living with immune-mediated diseases like Crohn’s disease. Physicians want objective signs of improvement to be able to convey to patients that they are getting better, and data from this study suggest mirikizumab may address this need. We look forward to initiating Phase 3 trials to further evaluate mirikizumab’s benefit-risk profile for the treatment of Crohn’s disease.” 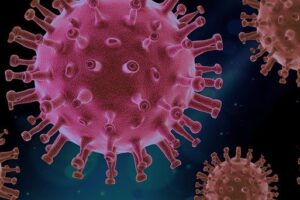