Merck said that Keytruda in combination with chemotherapy has met one of the two primary endpoints of a phase 3 trial in triple-negative breast cancer (TNBC).

pCR is defined as an absence of all signs of cancer in tissue samples that are analysed after completion of neoadjuvant therapy and definitive surgery.

As per an interim analysis carried out by the independent data monitoring committee (DMC), Keytruda and chemotherapy combination delivered a statistically significant improvement in pCR rates, in comparison to chemotherapy alone, irrespective of PD-L1 status.

Merck said that based on the DMC’s recommendation, the KEYNOTE-522 trial will go on without changes to study the other dual-primary endpoint of event-free survival (EFS), as per its design.

Keytruda’s safety profile in the late-stage trial was on par with previously reported studies with no new safety signals observed.

Merck Research Laboratories president Roger Perlmutter said: “These findings from this innovatively designed trial with Keytruda mark the first time an anti-PD-1 therapy plus chemotherapy has demonstrated a statistically significant improvement in pathological complete response rate as a neoadjuvant, or pre-surgical, segment of treatment for triple-negative breast cancer.

“TNBC is an aggressive malignancy with a high rate of recurrence within the first five years of diagnosis. We are encouraged by these results and plan to discuss these data with health authorities and to present these findings at an upcoming medical congress.”

Keytruda, which has been approved in the US, European Union and in other countries for multiple indications, is an anti-PD-1 therapy that functions by enhancing the ability of the body’s immune system to help detect and fight tumour cells. The humanised monoclonal antibody prevents the interaction between PD-1 and its ligands, PD-L1 and PD-L2 to help in the activation of T lymphocytes that may impact tumour cells and healthy cells.

Earlier this month, the anti-PD-1 therapy in combination with Eisai’s Lenvima has been granted breakthrough therapy designation from the US Food and Drug Administration (FDA) for unresectable hepatocellular carcinoma (HCC). 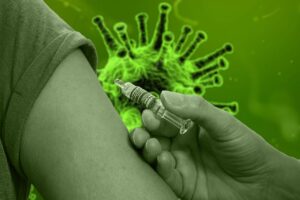