Forxiga, a SGLT2 inhibitor, is the first medicine to secure approval for the treatment of CKD in Japan.

Japan has approved AstraZeneca’s Forxiga (dapagliflozin) to treat chronic kidney disease (CKD) in adults with and without type-2 diabetes (T2D).

The Japanese Ministry of Health, Labour and Welfare (MHLW) green lighted the medication based on positive results from the DAPA-CKD Phase III trial.

The international, multi-centre, randomised, double-blinded trial evaluated the efficacy of Forxiga 10mg, compared with placebo, in 4,304 patients with CKD Stage II-IV and elevated urinary albumin excretion, with and without T2D.

Forxiga is a sodium-glucose cotransporter 2 (SGLT2) inhibitor. It is administered once orally every day. Research indicates that Forxiga is capable of preventing and delaying cardiorenal disease.

It is the first medicine to secure approval for the treatment of CKD in Japan.

Japanese Society of Nephrology president Naoki Kashihara, who was also national coordinator of the DAPA-CKD Phase III trial in Japan, said: “DAPA-CKD is the landmark trial that demonstrated unprecedented risk reduction for chronic kidney disease patients with and without type-2 diabetes. This transformational milestone will bring great hope to many patients with chronic kidney disease in Japan.”

CKD is a progressive condition defined by a gradual decrease in kidney function. It also increases the risk of heart disease or strokes.

It is estimated that around 840 million people suffer from this disease worldwide. In Japan, around 13 million people are affected by this condition.

Notably, AstraZeneca’s Japanese subsidiary signed an agreement with Ono Pharmaceutical in 2013 regarding Forxiga.

As agreed, Ono is responsible for distribution and marketing of Forxiga in Japan. Both the companies will now co-promote Forxiga for the treatment of CKD. 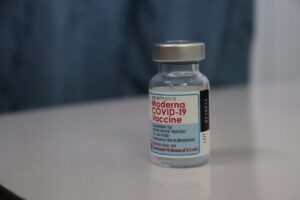