Janssen gets European approval for two new indications of Imbruvica

The Janssen Pharmaceutical Companies of Johnson & Johnson has secured approval from the European Commission (EC) for two new indications of Imbruvica (ibrutinib).

The EC approval is based on the positive opinion of the European Medicines Agency’s (EMA) Committee for Medicinal Products for Human Use (CHMP) in June this year.

The iLLUMINATE study assessed ibrutinib in combination with obinutuzumab against chlorambucil plus obinutuzumab in patients with previously untreated CLL, and the iNNOVATE study evaluated the efficacy and safety of ibrutinib in combination with rituximab against rituximab with placebo in patients with previously untreated and relapsed/refractory WM.

Ibrutinib works by creating a secure covalent bond with BTK to block the transmission of cell survival signals within the malignant B-cells. It decreases the survival and migration of B lymphocytes by blocking this BTK protein to delay the progression of cancer.

In Europe, the drug is already approved as a single agent to treat adult patients with relapsed or refractory mantle cell lymphoma. It was approved in over 95 countries and has been used to treat over 158,000 patients to cross its approved indications.

“We remain committed to a comprehensive clinical development programme for ibrutinib, including exploring its use in other combinations, to address the needs of more and more patients with B-cell malignancies.”

In July this year, Janssen Pharmaceutical submitted an extension application to the European Medicines Agency (EMA) for the subcutaneous use of daratumumab, co-formulated with recombinant human hyaluronidase PH20 (rHuPH20). 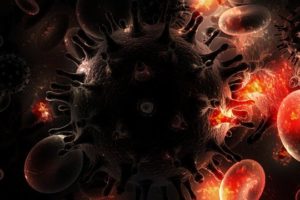