The Maryland-based Insilico Medicine claimed that GENTRL can fast track the drug discovery process from years to days.

The company is said to have validated the AI technology successfully for drug discovery in cells and animals. The new drug discovery platform was tested by creating a series of entirely new molecules that have the ability to combat fibrosis and other disorders.

According to the biotech company, conventional drug discovery begins with the testing of thousands of small molecules and ends up with the selection of a few lead-like molecules. Out of these small molecules, about one in ten tend to clear clinical trials in human patients.

Insilico Medicine said that it could conceive and generate a novel molecule from start to finish in a total of 21 days using its GENTRL AI technology. Said to be powered by generative chemistry that uses modern AI techniques, GENTRL can quickly generate novel molecular structures with specified properties, said the company.

GENTRL’s source code has been made available as open-source by the biotech firm.

Insilico Medicine CEO Alex Zhavoronkov said: “The development of these first six molecules as an experimental validation is just the start.

“By enabling the rapid discovery of novel molecules and by making GENTRL’s source code open source, we are ushering in new possibilities for the creation and discovery of new life-saving medicine for incurable diseases — and making such powerful technology more broadly accessible for the first time to the public.”

The US biotech company developed GENTRL in collaboration with global open-access platform WuXi AppTec, and Alán Aspuru-Guzik, an authority in quantum computing and artificial intelligence in chemistry.

The AI-based drug discovery platform is said to have generated six novel molecules in 21 days. Out of these, four could specifically inhibit DDR1 at nanomolar concentration, a detrimental protein target that is usually found implicated in fibrosis and a wide variety of diseases, said Insilico Medicine. 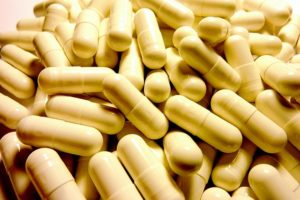