Grifols to take full ownership of Alkahest in $146m deal

Spanish healthcare company Grifols has agreed to acquire the remaining stake in Alkahest, a Silicon Valley-based biopharma company, for $146m.

Alkahest is a clinical stage company that is focussed on the discovery and development of treatments for neurodegenerative and age-related diseases with therapies that target the aging plasma proteome.

The company was founded in 2014 by scientists at the US-based Stanford University, including its co-founder Tony Wyss-Coray, who demonstrated that factors in the blood of young animals could restore mental capabilities in old animals.

Grifols co-CEO Víctor Grífols said: “We saw the promise of Alkahest’s understanding of aging when we made our first investment and entered into a collaboration agreement with them five years ago.

“Now we see a wealth of plasma-derived and non-plasma therapeutic candidates identified by Alkahest that can significantly support the unmet needs of many diseases associated with aging.”

Apart from clinically developing specific plasma fractions and protein inhibitors, the US pharma company is engaged in acquiring a full understanding of the human plasma proteome. Grifols said that this unique proteomic platform of targets will help it and Alkahest to bring out new therapeutics and diagnostics, develop new plasma proteins, and new indications for presently licensed plasma proteins among other things.

The US firm, as a fully-owned subsidiary within the Grifols innovation office (GIANT), will work on proteins with biological effects that change with age.

So far, over 8,000 separate proteins are said to have been identified by Alkahest and through advanced techniques of molecular analysis at the cellular level.

Grifols said that the deal will help in adding a range of new products to its discovery and development pipeline, which will help roll out new therapeutic medicines to market.

Alkahest CEO Karoly Nikolich said: “We are excited to join forces with Grifols, an industry leader in plasma-derived medicines, to realize our shared vision and mission of delivering innovative medicines for age-related diseases on an ambitious scale.”

The deal, which is subject to approval from the relevant antitrust authorities, is likely to be wrapped up early next year. 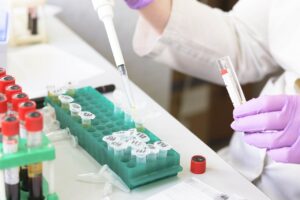