US FDA grants priority review to Eisai’s BLA for lecanemab

The US Food and Drug Administration (FDA) has granted priority review for Eisai’s biologics license application (BLA) under the accelerated approval pathway, for lecanemab to treat early Alzheimer’s Disease (AD)

An investigational anti-amyloid beta (Aβ) protofibril antibody, lecanemab is developed as part of a strategic research alliance between Eisai and BioArctic.

It selectively binds to neutralise and eliminate the toxic Aβ aggregates, known as protofibrils, that are said to contribute to the neurodegenerative process in AD.

The drug is indicated to treat mild cognitive impairment (MCI) caused due to AD and mild AD (early AD), in people with confirmed presence of amyloid pathology in the brain.

Eisai’s application was completed in early May this year. It was granted priority review, with a Prescription Drug User Fee Act (PDUFA) action date of 6 January next year.

“The acceptance of lecanemab’s BLA with priority review is an important milestone in serving people living with Alzheimer’s disease who have been waiting for new treatment options to address an underlying pathology of Alzheimer’s disease.

“We will continue to actively cooperate with the FDA’s review in an effort to bring this new treatment option to people living with Alzheimer’s disease and their families as soon as possible.”

The company is conducting the Clarity AD Phase III clinical study for lecanemab to treat early AD with 1,795 participants.

The Clarity AD’s primary endpoint data is expected to come in the fall of this year.

Upon completion, the Clarity AD results will serve as the confirmatory study for verifying the clinical benefit of lecanemab.

During Eisai’s fiscal year 2022, it plans to submit for traditional approval of lecanemab to the FDA dependent upon the data from the Clarity AD trial.

In March this year, the company has initiated the submission to Japan’s Pharmaceuticals and Medical Devices Agency (PMDA) to obtain early approval for the drug. 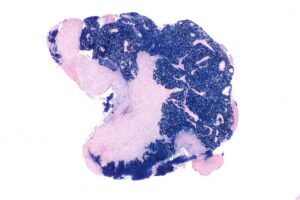